Well, Summer pennants for the 2021/22 season is done and dusted.

Rosemont Park, after leading the points tally at the end of the 3 rounds, continued on their strong season's showing by winning comfortably against SW Isuzu Smashers to take the pennant for 2021/22. Despite losing their number one player half way through the season, SW Isuzu Smashers took it up to Rosemont Park but were only able to manage 3 games on the night. Jesse Olsen came to play tonight and helped his team with a 5/0 win rate.

Forrest Dental and the SWAT team played off for placings. Another great tussle ensued with, 3rd placed SWAT team, taking the honours in their match.

Following the completion of matches, presentations took place and some individual players were recognised for their achievements over the season.

Winter pennants commences with a trials night on Monday, 2nd May 2022 at 7pm.

Photos of presentations will be posted shortly in our Gallery. 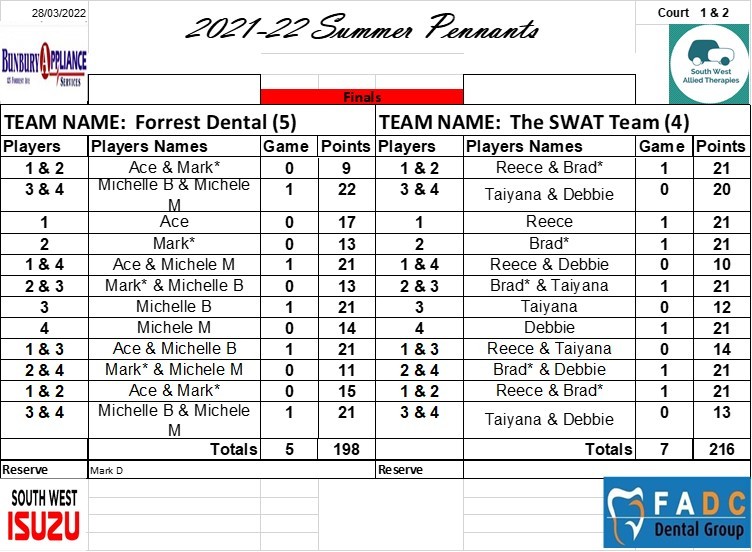 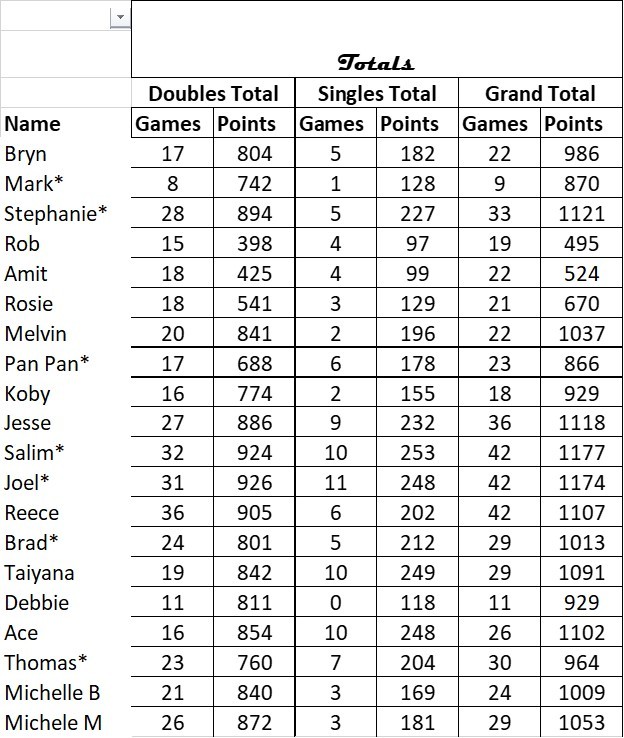 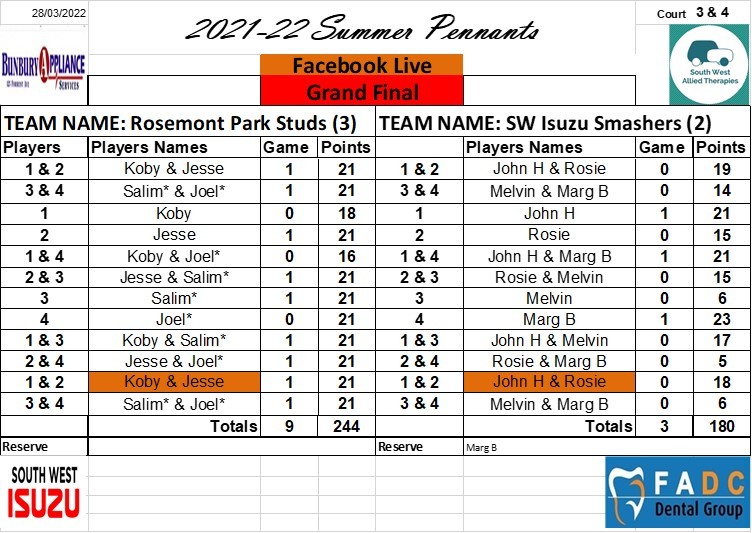