Well, there was quite a bit of movin' and groovin' on the ladder this week with so many equally placed teams vying for position. Ladder leader Bunbury Appliances held on to top position thanks to a good start to the season, despite their loss tonight in a hard fought match against the SWAT Team.  The latter is jockeying for position with 3 other teams, with the difference only being a matter of aces won. SWAT team captain Reece was on fire tonight, taking out all five of his matches against veteran Bryn.

Forrest Dental played a solid game to over-run their opponents, Smash and Dash, with an 8/4 result. A good contribution from all players helped Forrest Dental cruise to a win that saw them jump two places on the ladder.

In another team effort, Rosemont Park overcame a spirited SW Isuzu Smashers with the scoreline not really reflective of the hard games played. Reserve Shayne S. had a night out for Rosemont Park, winning all five of his games. Reserve veteran Nigel struggled against his opponent team captain in Lee but gained some glory in the doubles, ending up taking two games against his more agile opponent. Young gun Derek G took out 3 of his games to, once again, contribute a solid performance for his team. 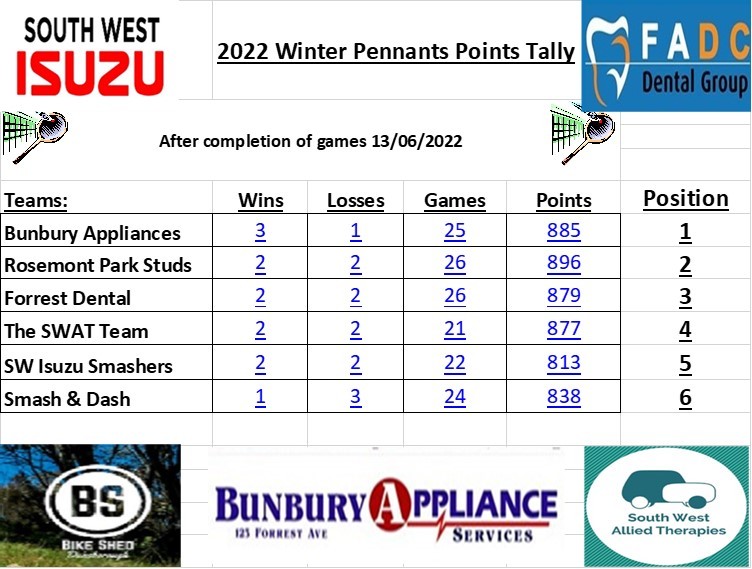 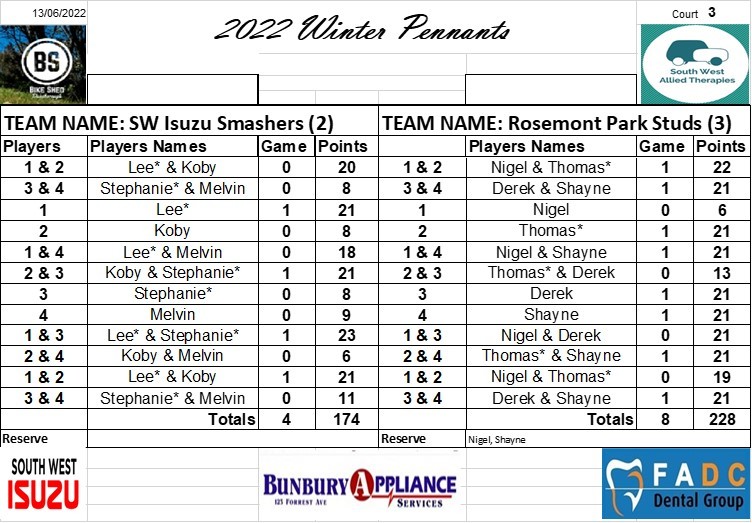 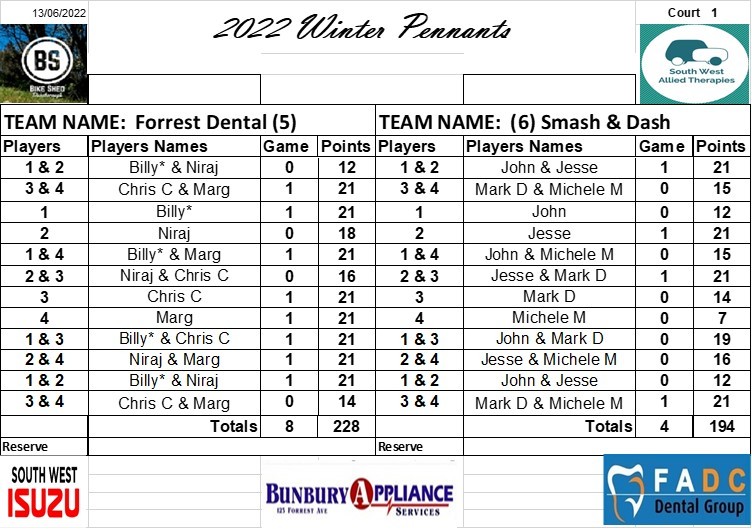 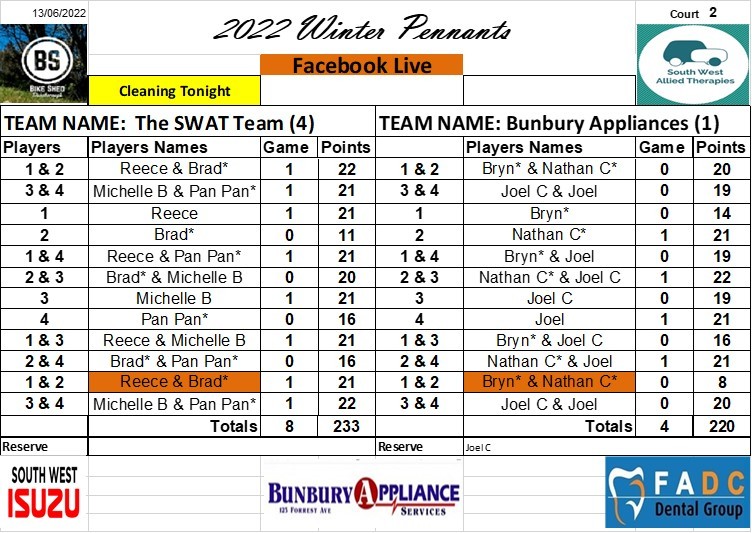