Congratulations to the winners and condolences to the teams that fought hard but missed out on the final accolade.

The final placement of teams was as follows:

Following on from her last season win, Taiyana McKosker-Norden won the award for the the most improved player for the season. Congratulations Taiyana!!

Aggregated points winner for Men for the season was Steven Barron with 1513 points.

Runners-up were Julien Bradford and Mark Dhu who drew on 1481 points.

Runner-up was Michelle Benjamin with 1331 points.

Once again congratulations to the season winners and thanks to all our pennant players for their commitment and fair play. 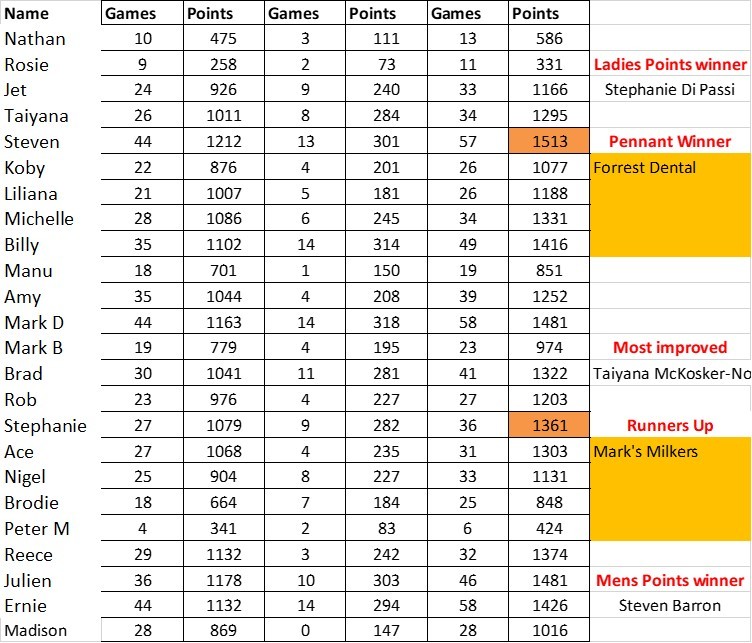 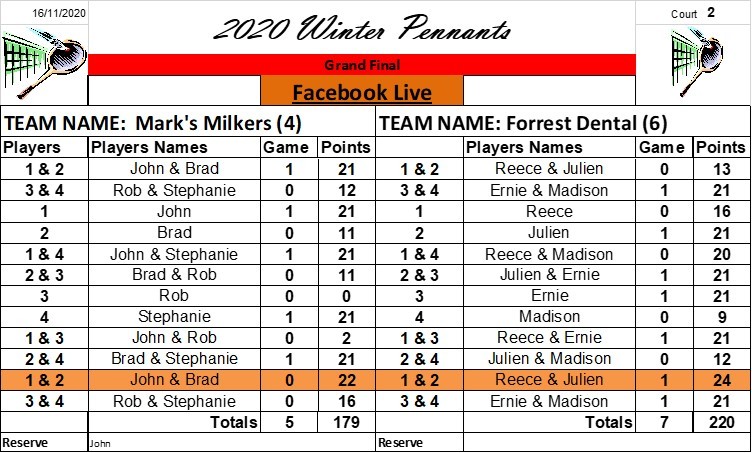 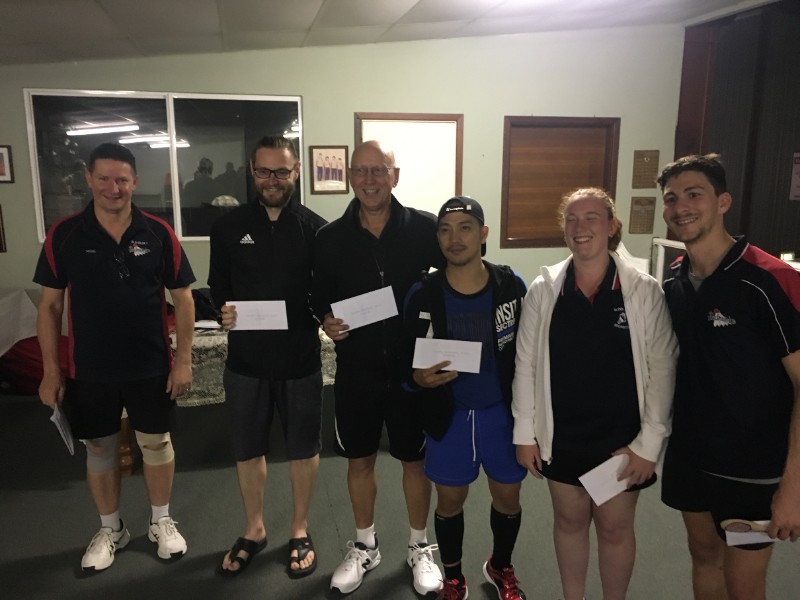