Well Winter pennants is over for another season and we're pleased and proud to announce our winners for this year.

Rosemont Park Studs came out on top, after leading the table for all but one week of the season Congratulations go to:

Runners up, and the only team to grasp top spot for one week from the Studs-was Bunbury Appliances. A great effort by all members of this team:

Winner of the Ladies Highest Points score was Pan Pan-Pan's game has gone ahead in leaps and bounds this season, in particular her singles game where she won nine of her fifteen games compared to one last year.

Winner of the most improved player for the season was Thomas Rowland who embraced the challenge of being moved up to a No 2 with relish and wiped the floor with most of his opponents this season. He was the equal 2nd highest player of accumulated number of games won. 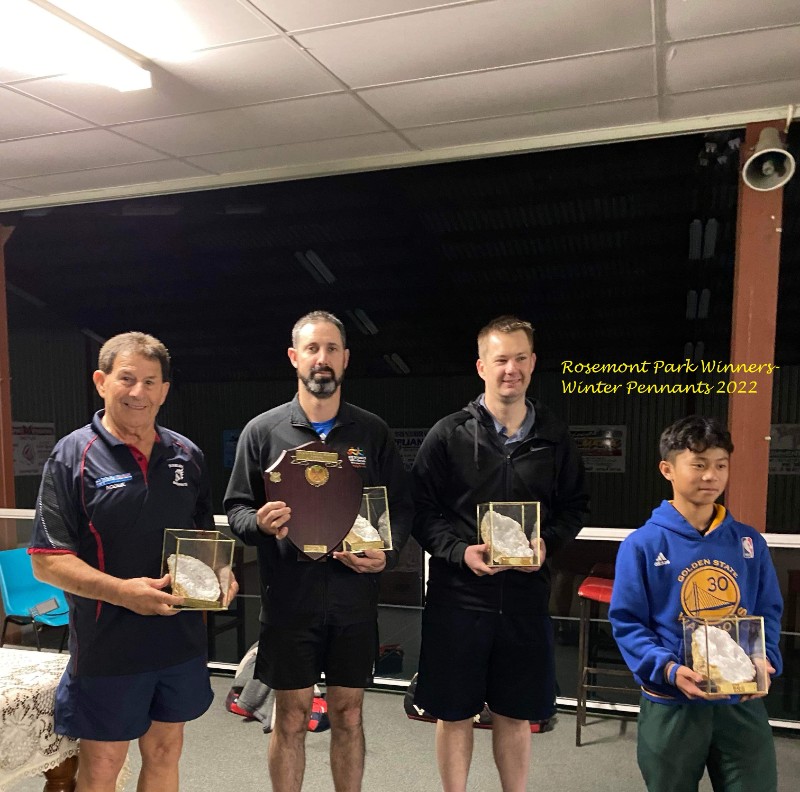 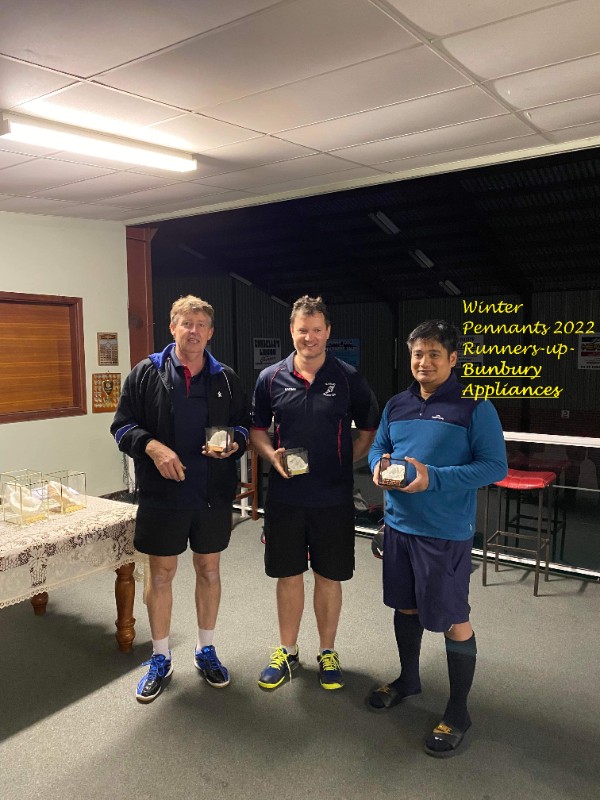 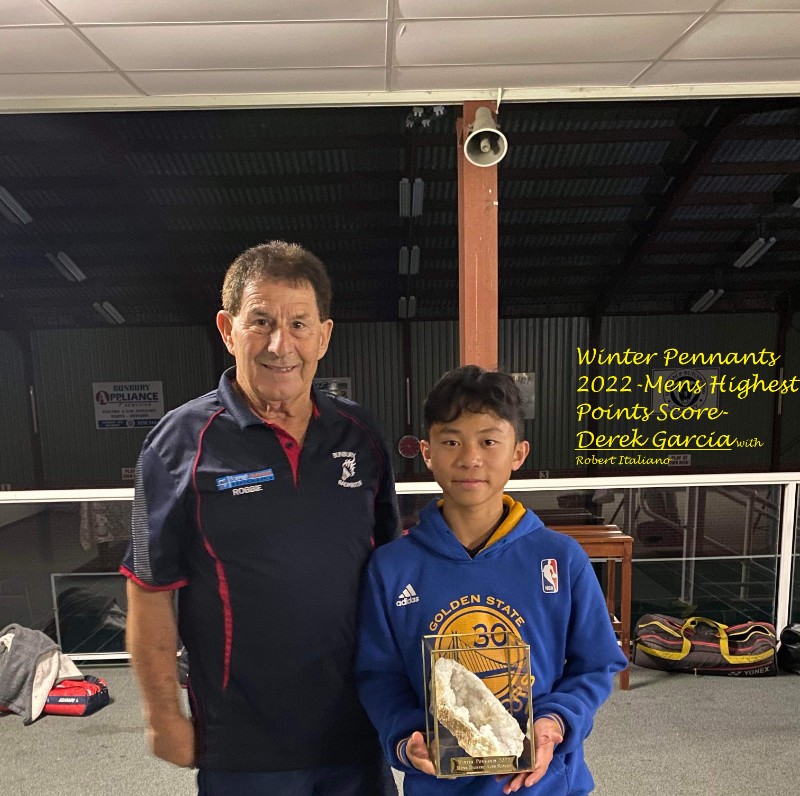 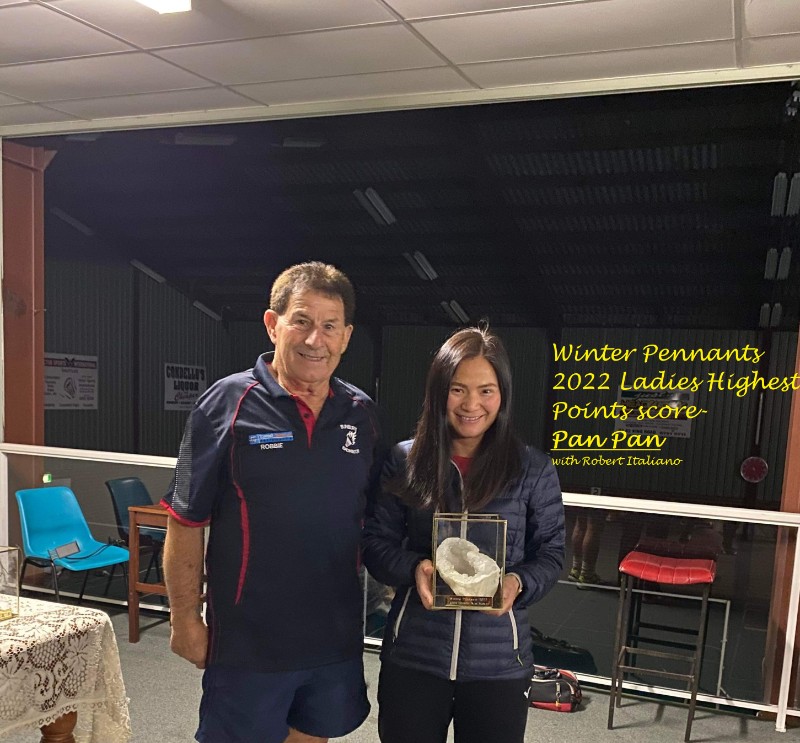 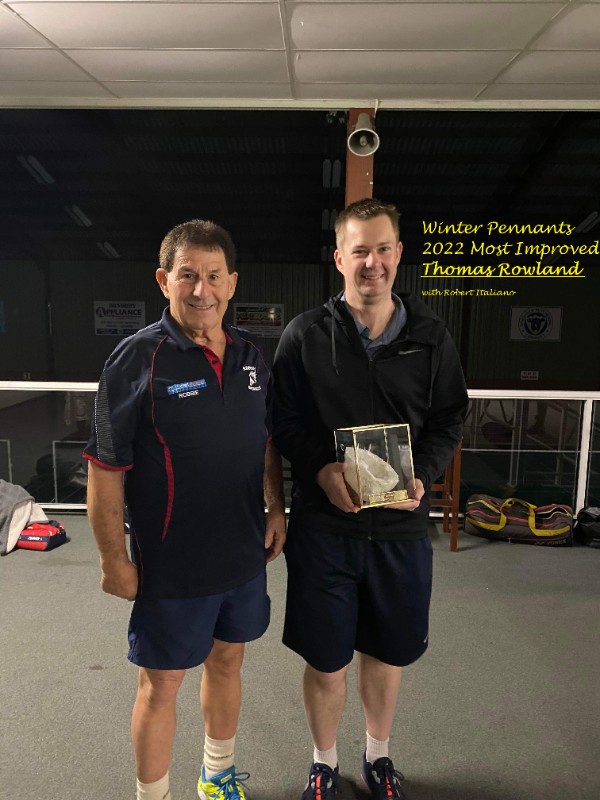 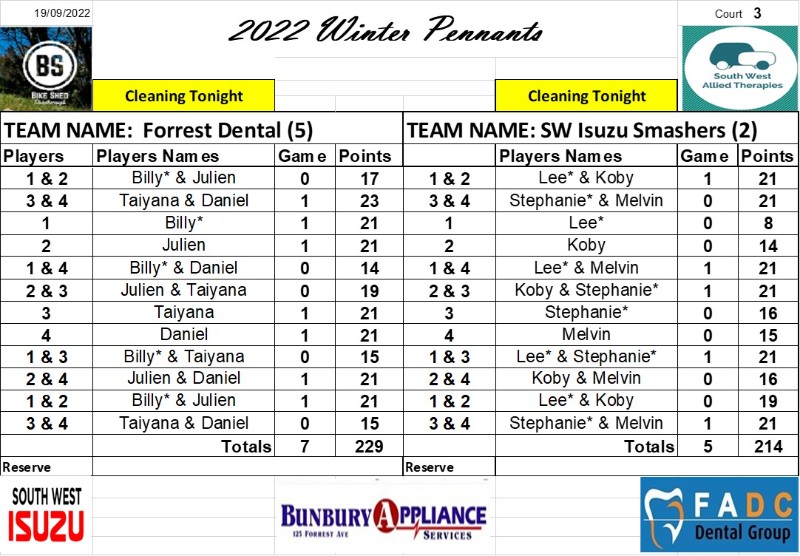 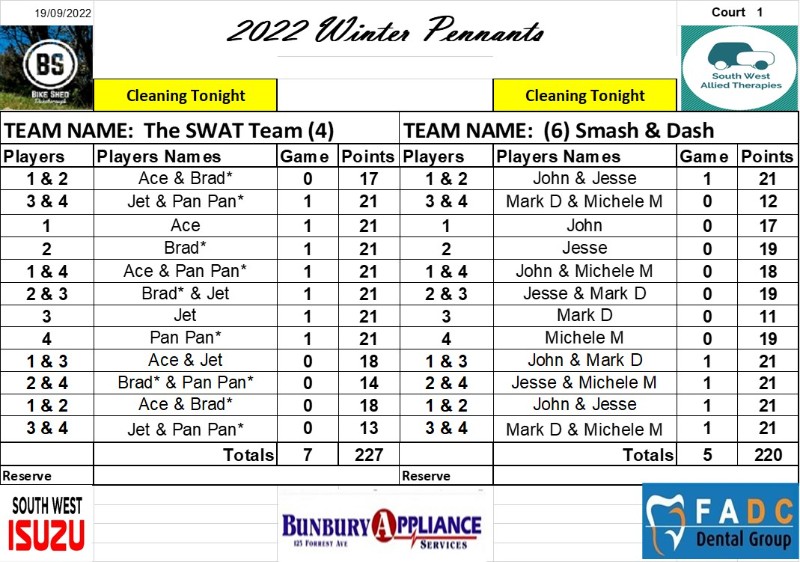 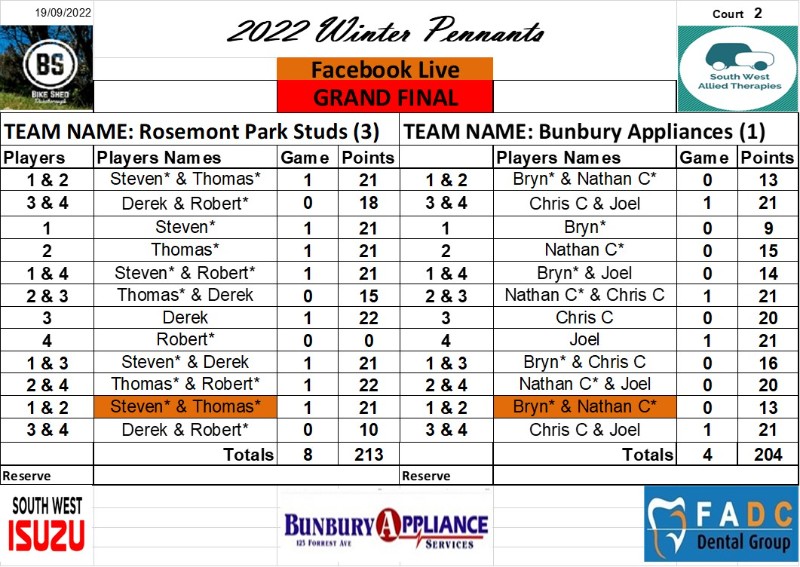