A great start to the summer season tonight with players settling in to their new team.

Bunbury Appliances started off strongly with a hard fought win over Smack That. A lot of laughs coming from that end of the Centre that night-great to hear.

SW Isuzu Smashers came out swinging tonight against Forrest Dental. New captain and No 1, Thomas, worked hard for his one win against a stylish Billy. Thomas was coming off the award for the most improved over the winter season and his best is yet to come. Ernie played consistently to win all five of his games for SW Isuzu Smashers-a big contribution to his team winning on the night. Big thanks to their reserve-Karen-who also won three of her five games tonight for the winning team.

Rosemont Park Studs won out over The Soul Team, although at 7/5 it was no easy win. Braddles showed a clean pair of heels to his direct opponent, winning four of his matches tonight. We suspect that next time they meet the result will be different as young Tyson hasn't played for some time and was a little rusty. His smash, however, was epic and he will be the one to watch this season.

Great to be back for a new season that will take us through to March next year. Good luck to all teams.

Also attached are the fixtures for the summer season. 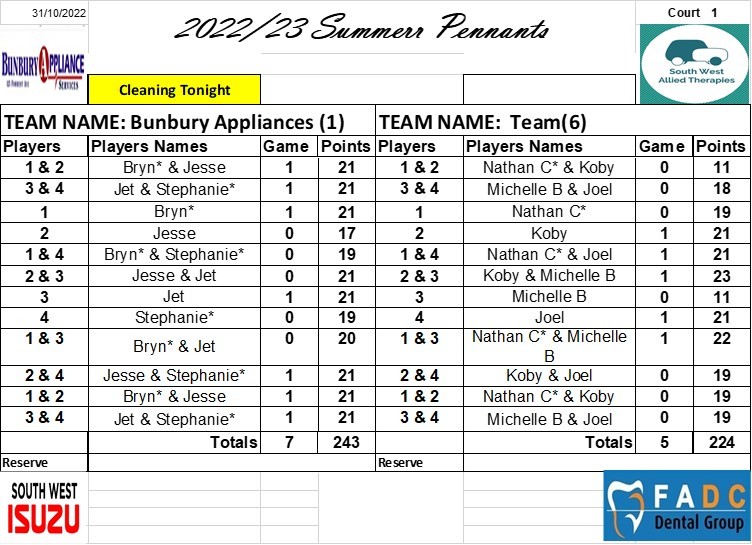 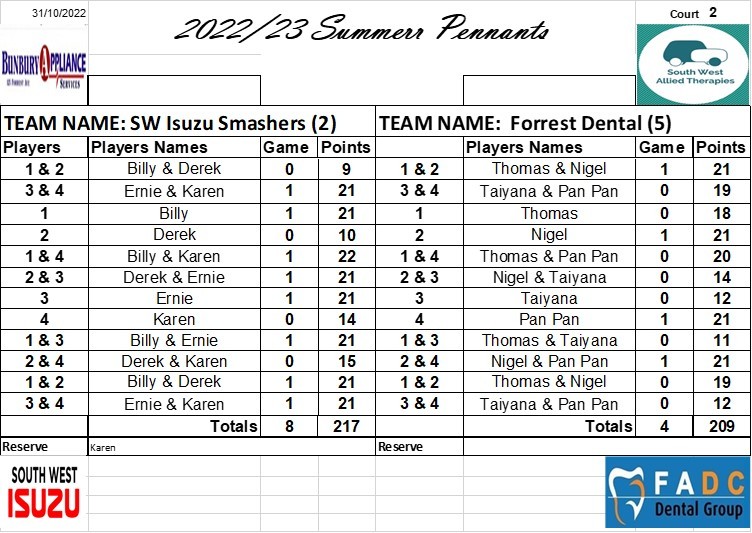 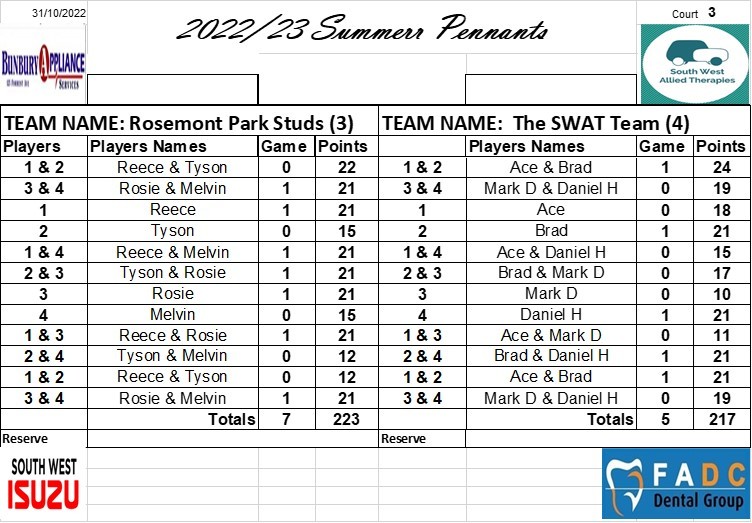 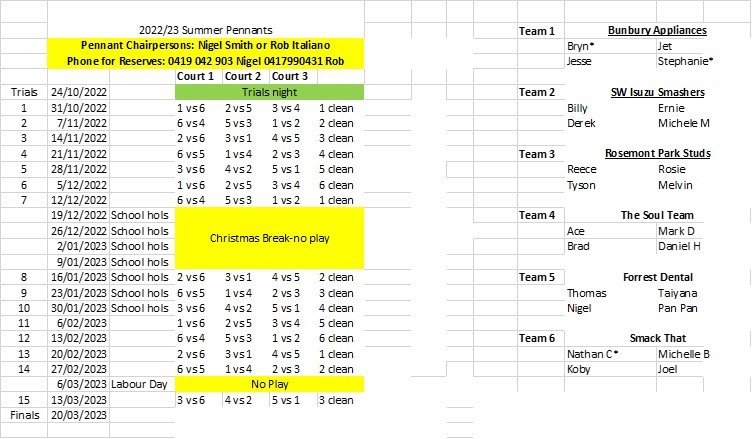