Another interesting week of pennants completed this week, one that is giving selectors some sleepless nights and scratching of heads. A high number of reserves this week impacted on the results of 2 of the 3 matches played this week.

Smack That had a much better week this week against SW Isuzu Smashers, with Koby bringing his game face that delivered some good results for his team. Captain Nathan C fought hard against hard hitting Billy W and showed his match play nouse in contributing 2 doubles wins for his team. Ultimately, however, the Smashers were too strong across their games and overpowered Smack That to take out the match.

The Soul Team had a very strong win over bottom-of-the-ladder Forrest Dental, with stand-in all rounder Lee S relishing the return to court after a two month break. All-round Mr Nice Guy Braddles had the wood over veteran Nigel S in their singles although the latter got his proverbial together to contribute to a couple of doubles wins for his team later in the evening. Both No 4's continue to show their improved game skills, with Daniel H showing great retrieval skills and Pan Pan her tight serving abilities. 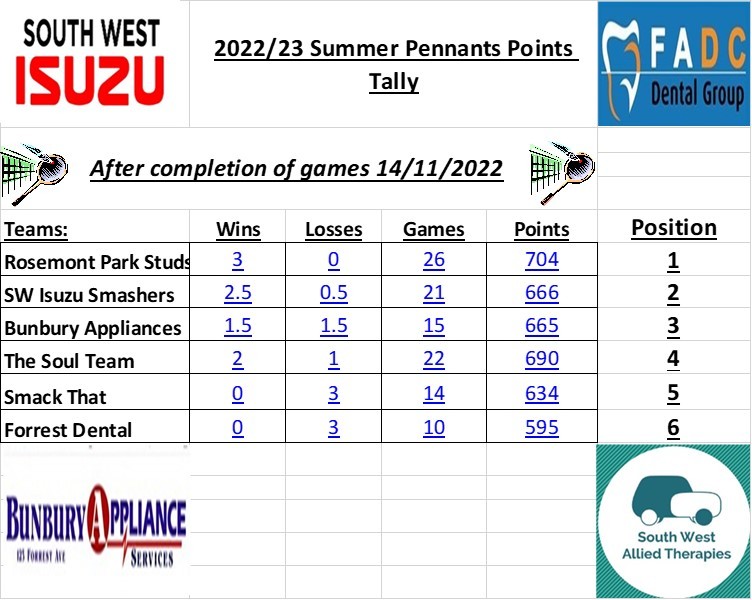 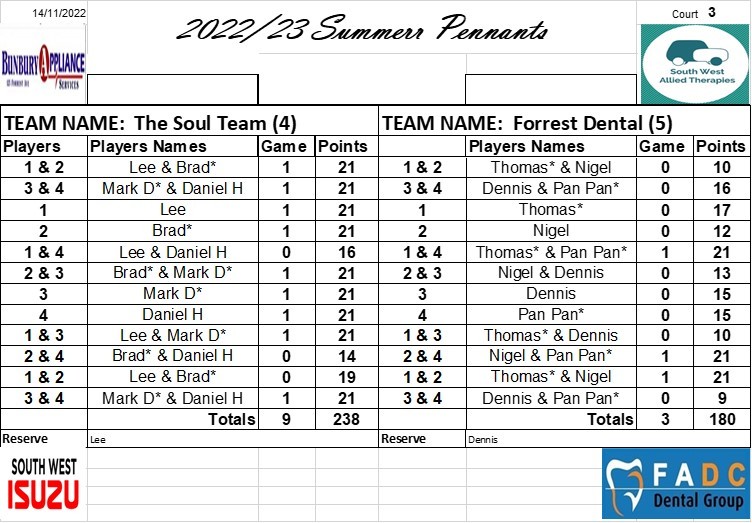 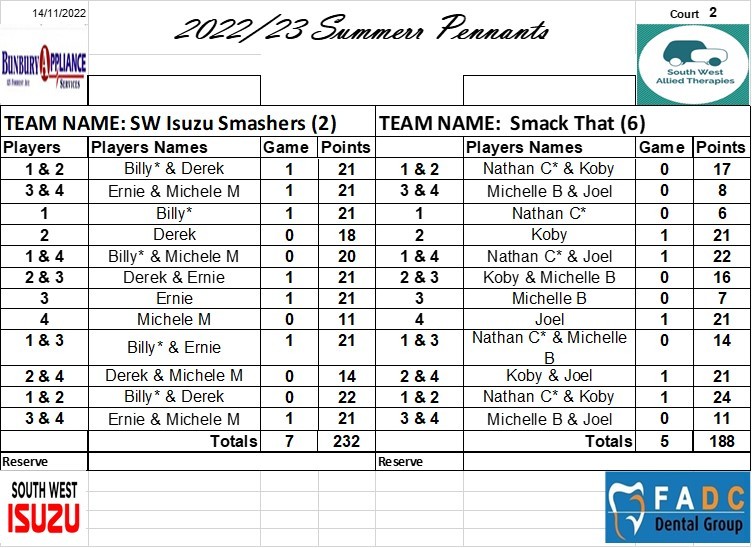