The completion of this week's matches saw ladder leaders, Rosemont Park Studs, book themselves a place in the finals with a win over Benesse Boomers. Steven and Brad came out firing in their first match against Billy and Branxton, only for the latter to exact revenge in their second. A withdrawal by a player from Benesse Boomers midway through the match unfortunately put pressure on Benesse that they were unable to cover.

Some very hard fought games between The SWAT Team and SW Isuzu Smashers did not reflect the match score, with the singles match between Muka and Jesse an absolute cracker-well done to both players. Stephanie fought hard against the wiles of the canny Dennis, and was leading at the break. With a run of points midway through their match Dennis played well to sneak past Stephanie to take the win. SW Isuzu Smashers added to their match wins tonight as four teams jostle near the top of the ladder for the looming finals.

Forrest Dental moved ahead of the pack to be one match clear on the ladder, after being too strong for Bunbury Appliances. The former may have some challenges holding their ladder position, though, in the final weeks of the season, losing their No 1 player after tonight's match. 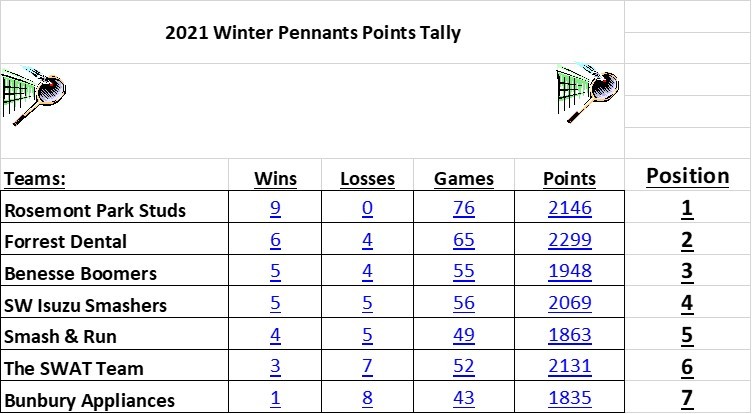 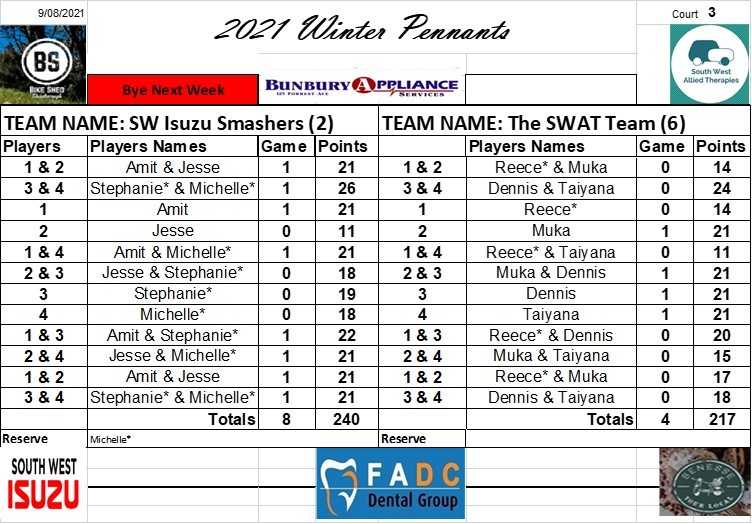 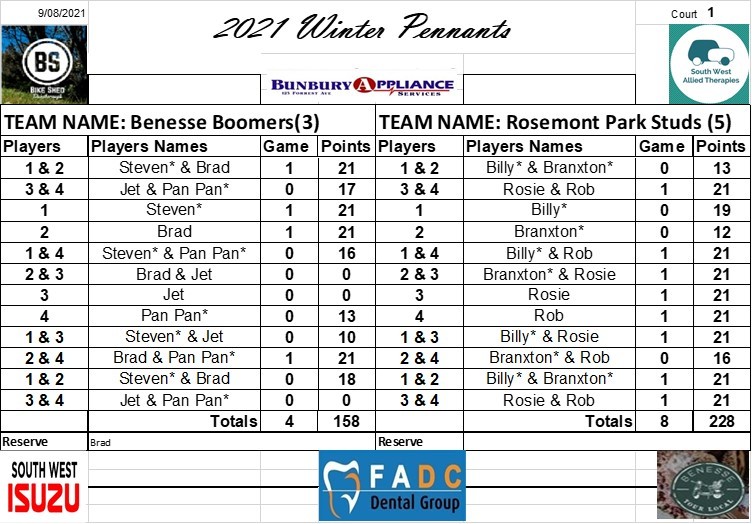 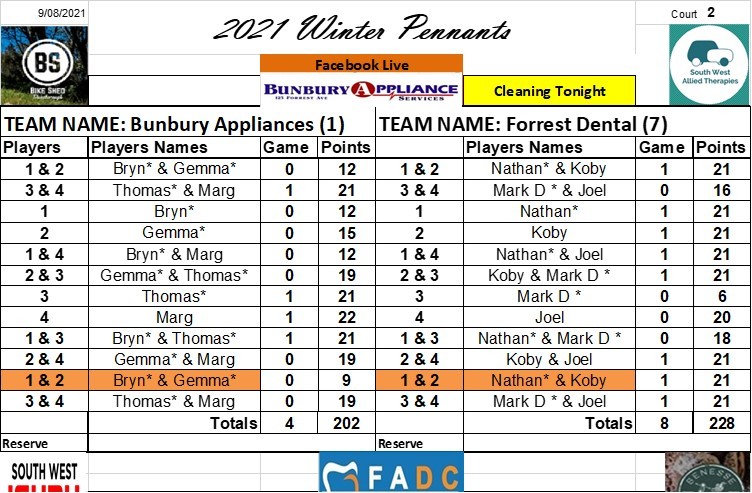