Another big thanks to our Reserves for filling in for missing players this week as we head towards the end of the Winter Pennants season, with a few bodies feeling the pressure of hard play.

Bunbury Appliances fought hard for their 2nd win of the season over The SWAT Team, who head into a bye this week in the lead up to the finals night.

Smash and Run put paid to Benesse Boomers hopes of playing in the Grand final match, sneaking in a win in a topsy-turvey match that could have gone either way.

Next week is the last night of the regular season, with Finals being played on the 6th September. All teams will be participating in play-offs, with presentations and drinks to be held at the completion of matches. 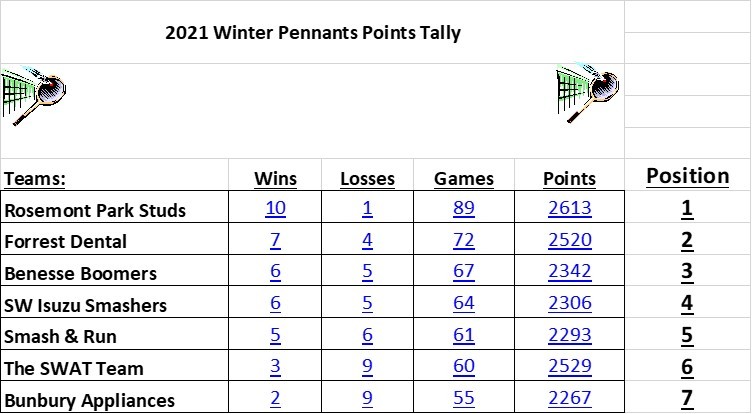 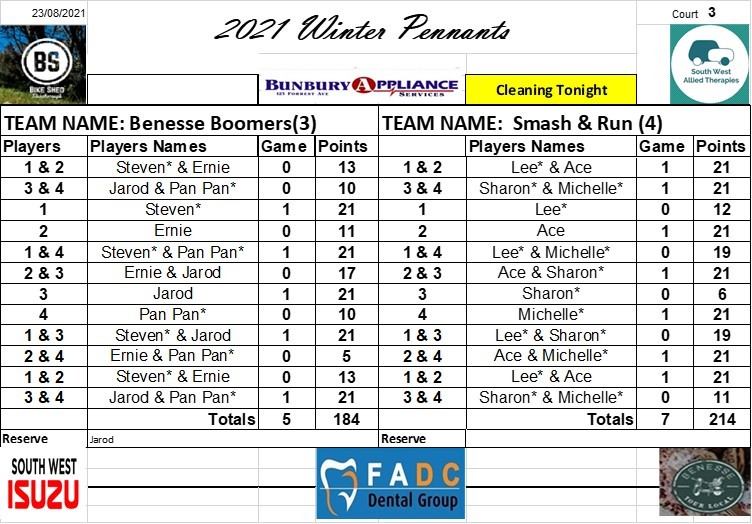 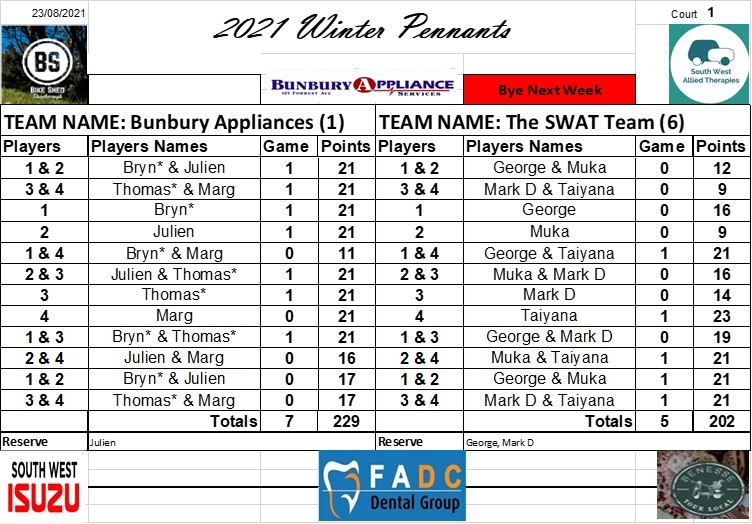 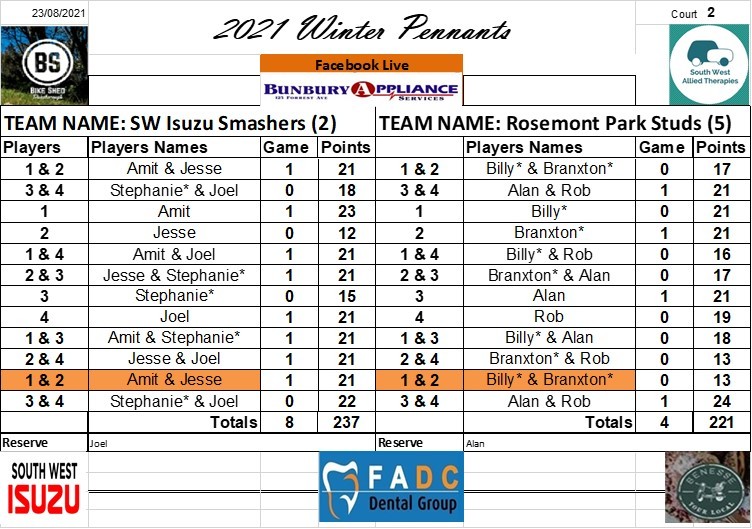