With two weeks to go until the finals players left it all out on the court tonight. SWAT team fought hard against Forrest Dental with 2  games going to resets.  In the men's singles game Thomas was leading comfortably but was challenged late in the game by Brad, with the former managing to sneak a memorable win-21/19. Honourable mentions to Reece and Brad, who dropped their first doubles match but came back to win their second 22/20 against Ace and Thomas. Forrest Dental eventually prevailed with a 7/5 match score.

Top of the table Rosemont Park continued their winning ways tonight, but didn't have it all their own way with, 5th placed Bunbury Appliances, pushing them hard. The writer umpired a cracking game between Stephanie and Gary, Salim and Joel, with players going point for point until Stephanie and Gary eventually proved too good for their opponents.

Next week's round is the last before the finals the following week and the all-important ladder is very interesting. With Rosemont having played their last match for the round it will be Forrest Dental and SW Isuzu Smashers vying for a place in the Grand final match next week.

A reminder that the top four teams will be playing off in the finals in a fortnight's time. 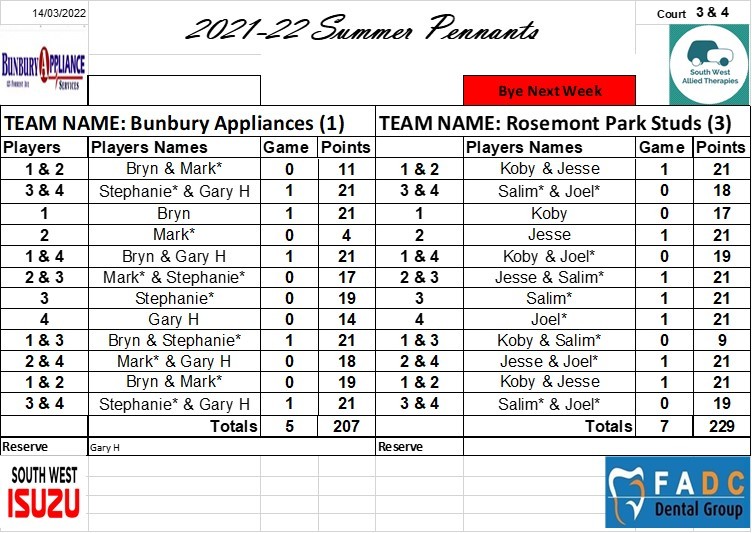 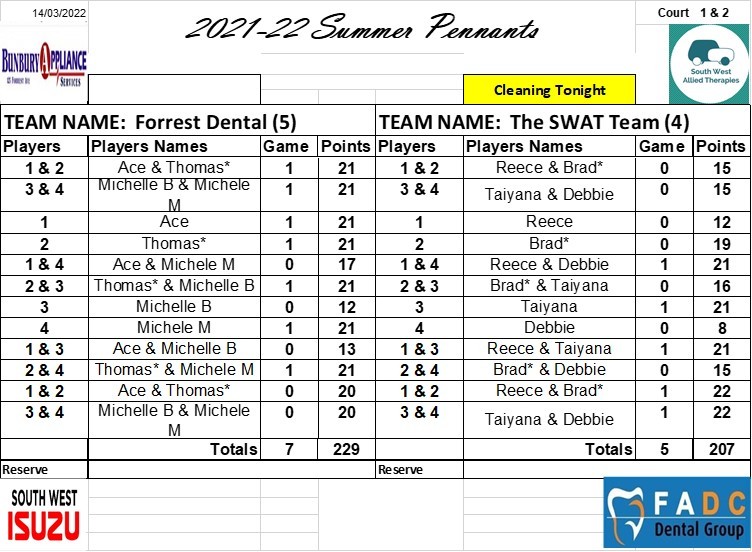