Two of the three ties played tonight resulted in the winner being determined by mere points, illustrating how close the teams are this year.

The SWAT team opened their account tonight with a skinny win over Forrest Dental. Two games went to resets and all pairs fought hard but SWAT ended victorious by just 15 aces. Chris C had a blinder, winning all 5 of his games in a mighty contribution for his team but it wasn't enough to get them over the line whilst budding Masters player, Brad made a solid contribution for the SWATs with 4 wins.

Smash and Dash played a very close tie against SW Isuzu Smashers with the latter sneaking home by only 3 aces! Michele M's pink beanie was not enough to put off the rusty yet silky net skills of stand in, Melissa C.  Koby M played well against veteran Nigel,  took out his singles in a hard fought game but ultimately took out 2 of his 5 games.

Bunbury Appliances showed a clean pair of heels to Rosemont Park, winning 8/4 with stand-in Shayne the shining star for the former. Nathan C and Thomas R had some great battles in their games with Nathan eventually coming out on top with a 3/2 winning record.

Everyone please note there is NO PENNANTS NEXT WEEK with it being a public holiday. Next pennants is  Monday 13th June. 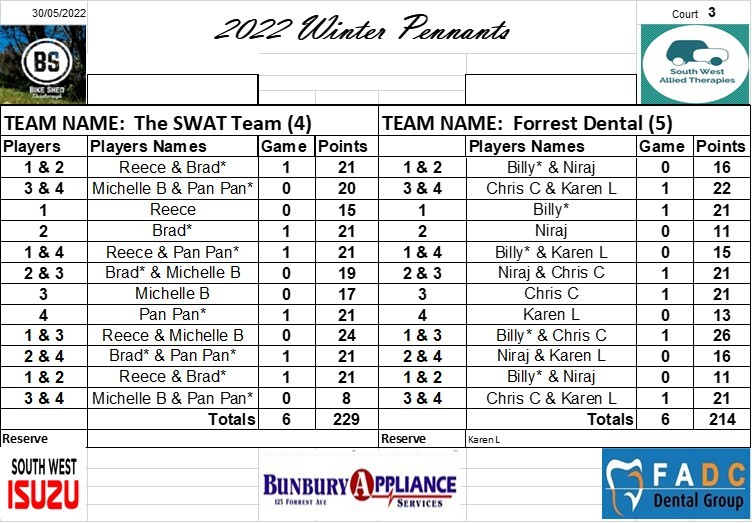 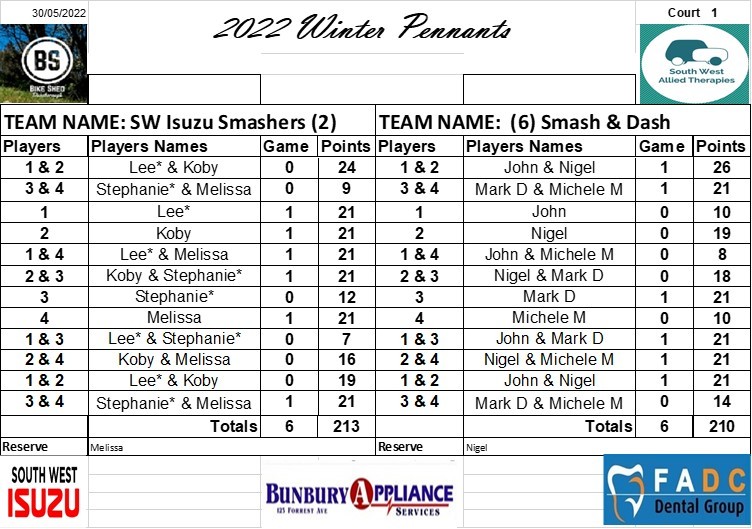 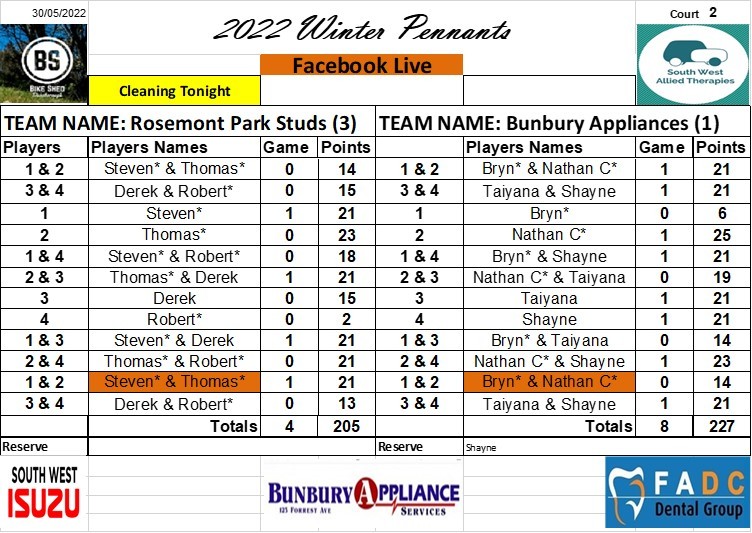