Tonight saw two teams really struggle to light up the courts, being overwhelmed by their opposition. Led by their team captain, Billy, Forrest Dental had a strong win against SW Isuzu Smashers, with the latter only managing 2 wins on a tough night for them.

And speaking of tough nights, The SWAT Team were unable to notch up a single win tonight, being completely outgunned by Rosemont Park Studs. However that is not to say Rosemont had it all their own way, with six of the games won by less than four points.

Bunbury Appliances had a real shoot out with Smash and Dash, the latter eventually coming out victorious. Michele M contributed well with 4 wins for her team whilst Nathan C fought hard for his 3 games for Bunbury Appliances.

With the school holidays for the next two weeks teams will have the opportunity to regroup and come back strong on the 18th July. 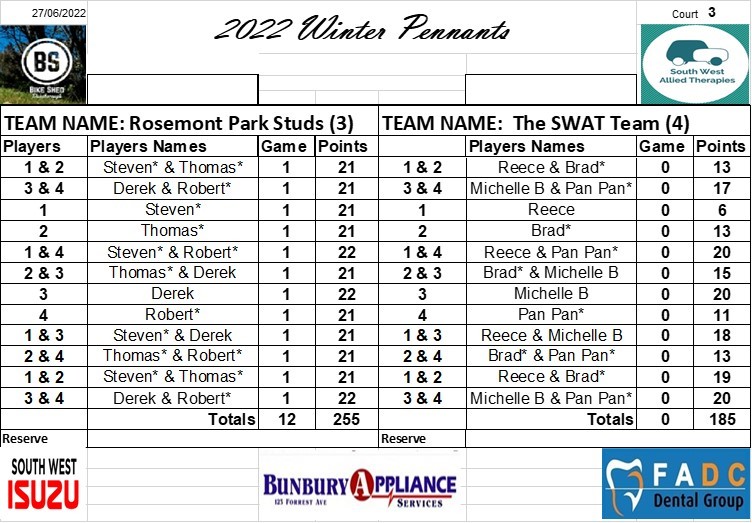 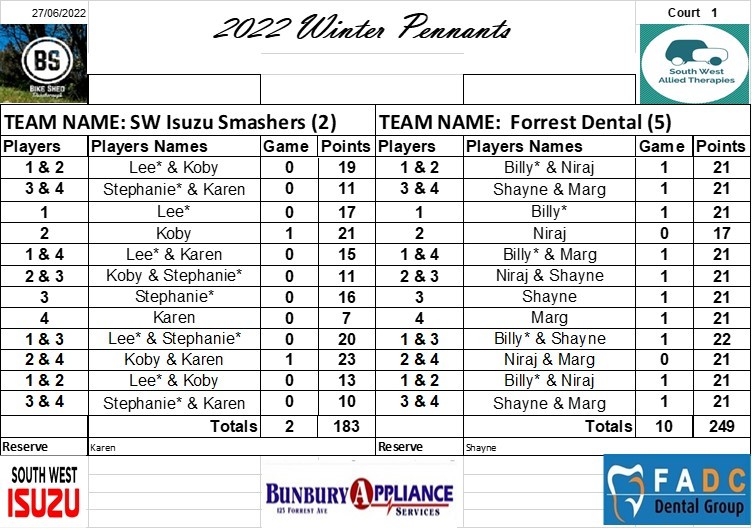 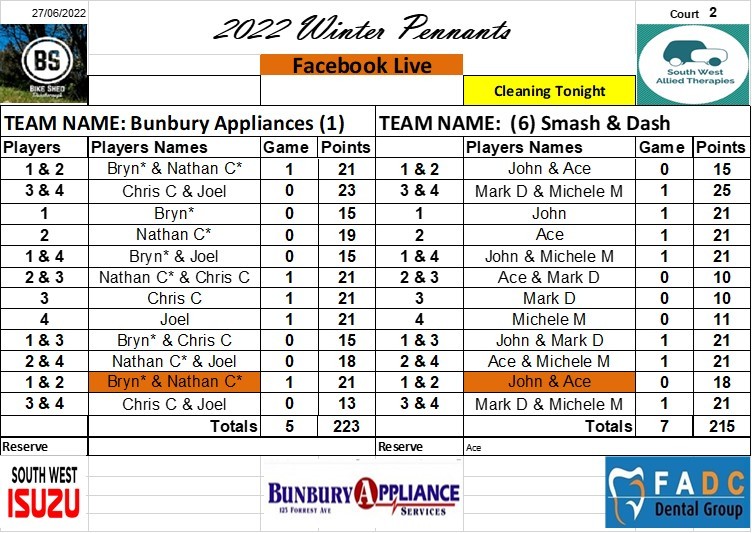