A big thanks to our reserves tonight and a special welcome to first-time reservist, Daniel Hamon, who played well for his 3 wins from 5 games. He may not realise it yet but Daniel featured on our Facebook Live broadcast tonight so he can admire his match play ;)  Reece Wright fought really hard to lead from the front for The SWAT Team and win 4 of his five games against a quality opponent in Steven Barron.  Pan Pan, for the SWAT Team, had yet another singles win to show that her game has continued to improve dramatically. Derek Garcia also played well for his 4 wins for the Rosemont Park Studs and made a big contribution to his team's performance tonight.

The SW Isuzu Smashers had a welcome return to the winners circle this week after their top 2 players came to play. Whilst not winning all of their matches, Lee Scurlock and Koby McCosker made a solid contribution to their team's win. In the case of the former, his efforts were obviously assisted by the new shoes he was showing off on court tonight-sunglasses material!! Veteran Gary Hough, called in as a reserve, cleaned up winning all 5 of his games for SW Isuzu Smashers whilst Billy Wauhop and NJ put up some stern resistance, despite only winning 2 games each.

Bunbury Appliances continued to storm up the ladder to be a clear contender for knocking Rosemont Park off top spot. Between Bryn Tournay and a masterful Nathan Campbell, who each won four of their five games, they showed their team the way to take away a strong win against out of sorts Forrest Dental.

All players are reminded of the Chocolate Tournament that is on this Saturday, 20th August from 3.30pm. Don't forget to RSVP to Rosie or Nigel by Wednesday of this week. 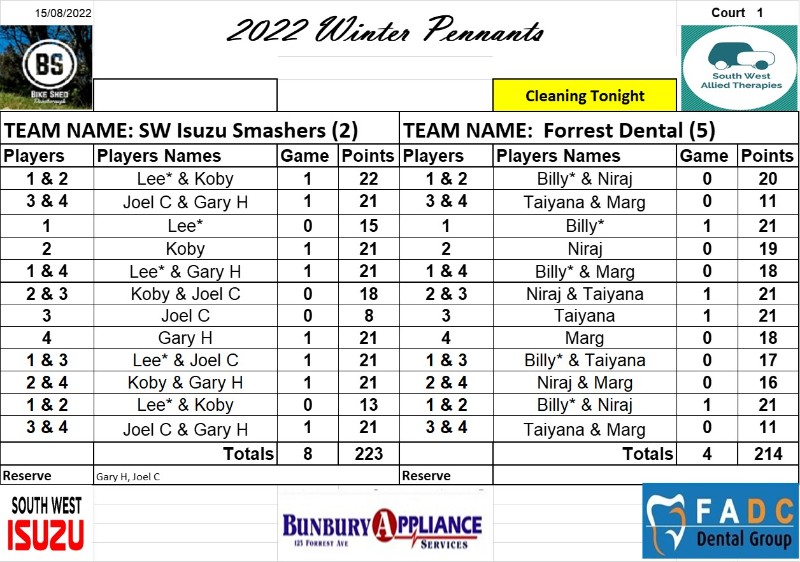 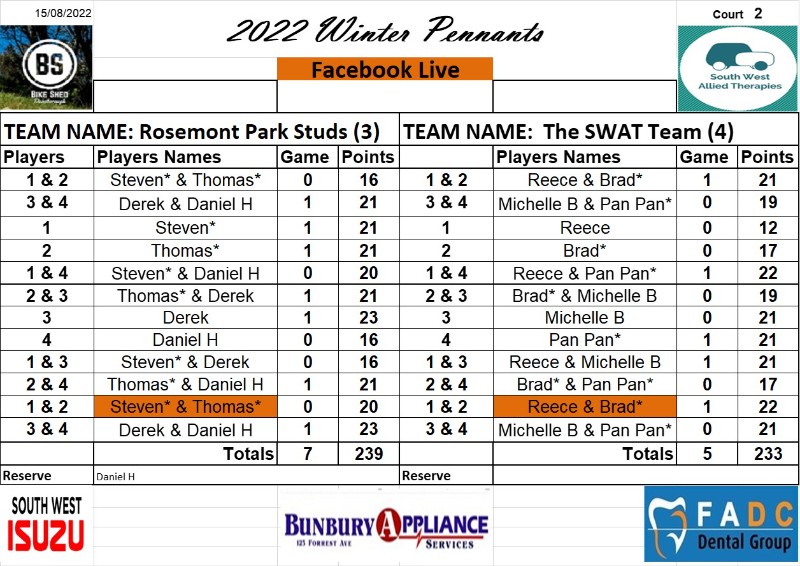 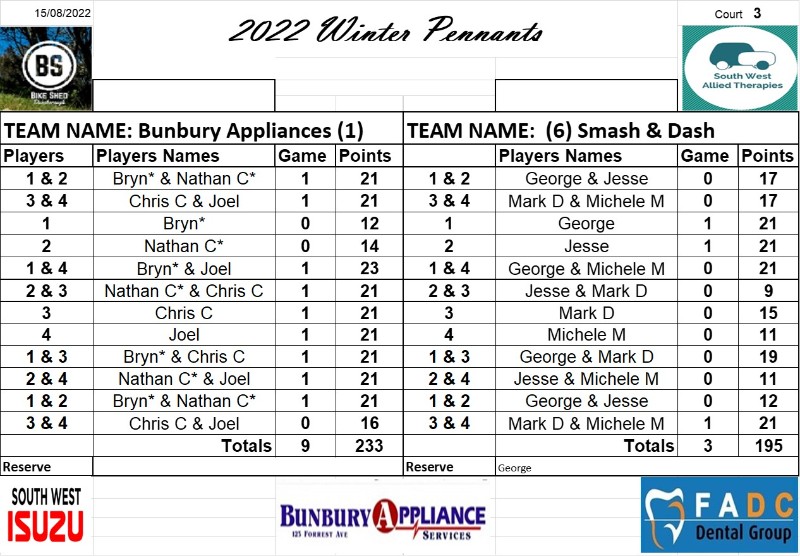 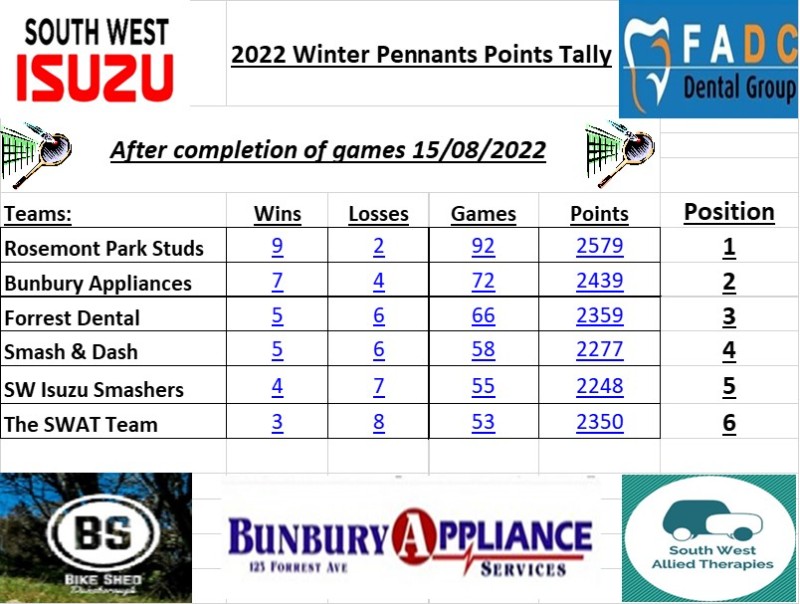