With two weeks to go until the Final the minor pennant looks like going to Rosemont Park Studs. Who they will play is still within reach of Smash and Dash, with Bunbury Appliances a clear favourite at this late stage in the season. Given these two teams played this week with a very close match ensuing its still not a given that Rosemont will be too strong.

In his first time playing as captain and No1 in the team, Sachu Kurian gave old stager Lee Scurlock a run for his money, taking out three of his five games against his opponent. Lee was too strong in his singles game but will be more wary of future meetings with Sachu, who played extremely well. Koby McCosker turned up this week, winning three of his five games whilst Mark Dhu led the way for his team to take out 4/5 games to help Smash and Dash sneak home with a points win over sixth placed  SW Isuzu Smashers.

Brad Johnson, for the SWAT Team, was back on song this week, slowly getting back to top form, after a couple of short absences stymied his form. Captain Reece Wright also took four games to contribute towards a strong win against Forrest Dental, who, after a strong start to the season, seem to be running out of steam.

A reminder to players that our Junior season is coming to a close and we are looking for volunteer umpires/ lines-people on Sunday the 18th September for their end of year tournament. It would be most appreciated if you could spare a few hours to assist. 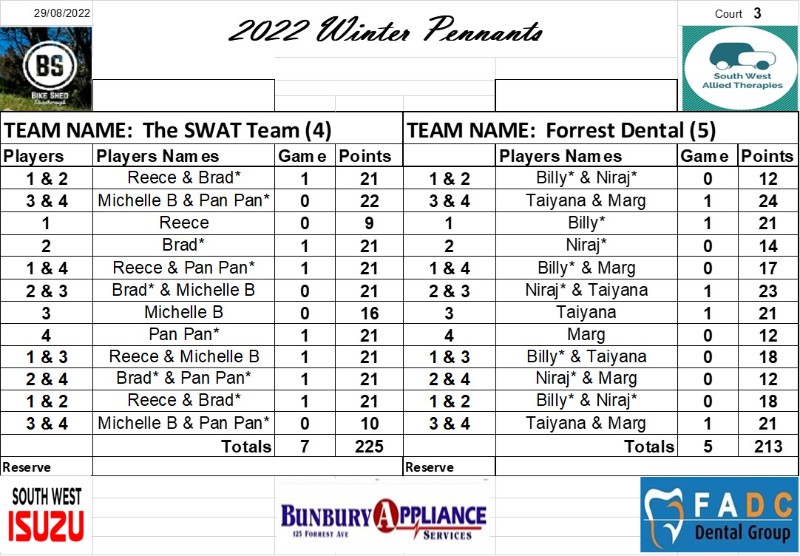 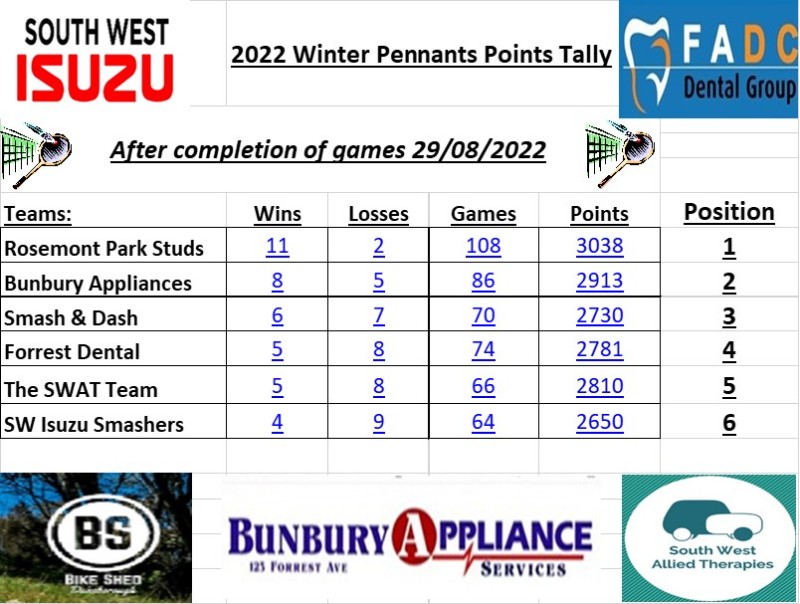 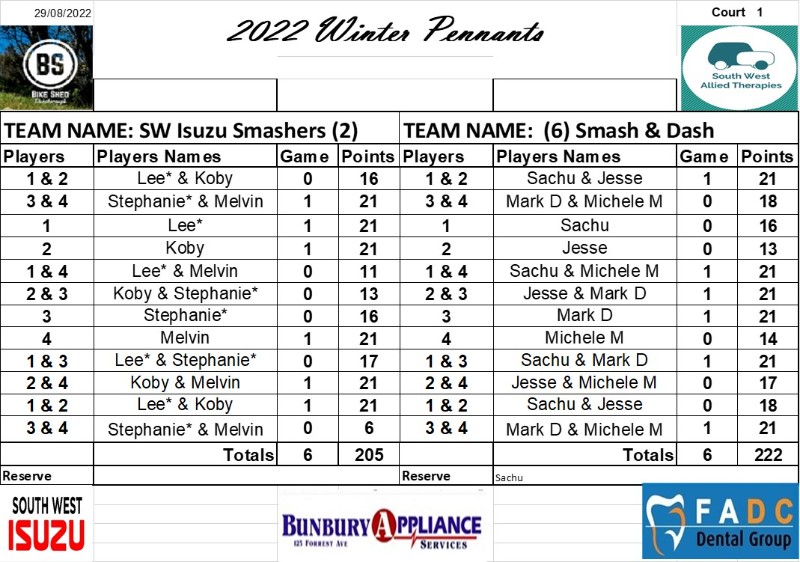 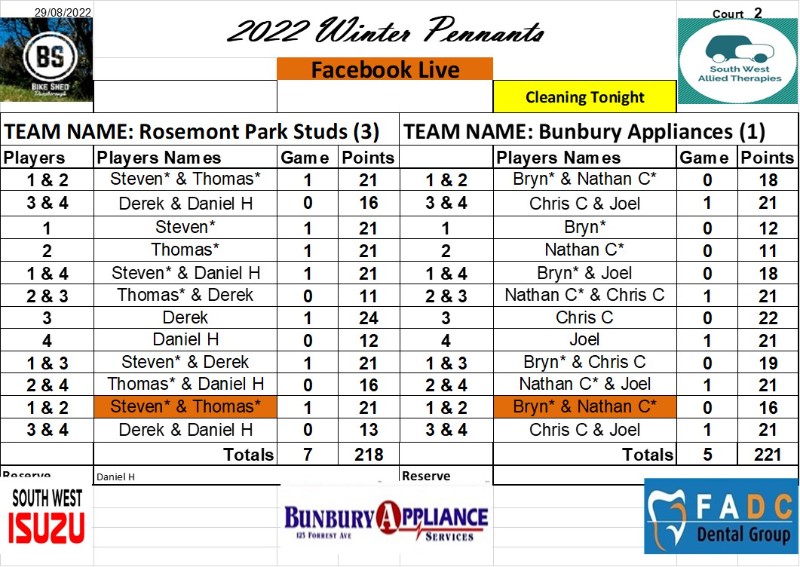